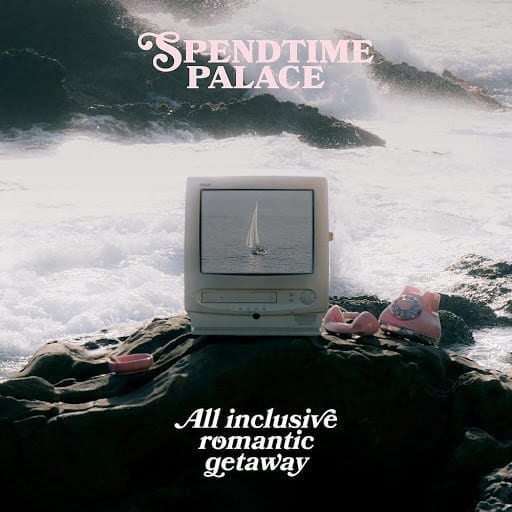 Spendtime Palace’s sophomore album titled: All-Inclusive Romantic Getaway continues to expand on the band’s discography of lighthearted surf-rock vibes. The album is filled with the kind of music I would play speeding illegally down the road with the top of my jeep down en route to the beach with friends (hypothetically speaking of course). The band doesn’t shy away from using unusual sounds and openings, giving each song a very unique feel altogether, some of my favorite examples being “Ms.Tenaja” and “What You Have”. Though the songs all are unique, they all blend together into a very cohesive narrative. The carefree and earnest rock music simply masks the emotional cores behind the lyrics of the songs, something I came to realize after forcing everyone in my close friend group to listen to their songs multiple times. Beginning with the song “Romantic Getaway”, the five-piece band from Costa Mesa lures in listeners with their energizing music and mesmerizing vocals to share a heartfelt story about the frustrations of love and finding your place in life. This all culminates in the very somber and emotional song “Subconscious Collapse”.

Though the connotation of the album title evokes images of an idyllic escape, the songs within reframe it as an unrealistic goal to work towards, bogged down by the complications of love and growing up. This reality is immediately introduced and elaborated upon in the first song “Romantic Getaway”, where lead singer Dan Fowlie dreamily sings about trying to stay afloat and reach that symbolic getaway when the outside world is trying to drag him down. Even my favorite song off the album, the synth-infused, catchy tune “Blackout Control”, tells the story of a couple struggling to find time to be together within their hectic lives. “Ms. Tenaja” has Spendtime Palace recalling the hardships of growing up under the pressure of other people’s expectations, a feeling I myself was trying to break free from after moving to New York to pursue my own dreams. Though these stories are very personal to the band members, they’re also incredibly relatable. Despite the rather depressing lyrics and themes, the band’s music carries a jovial feel that overrides the sadness of its words, much like the way you put on a happy face to hide feelings of hopelessness.

The album ends with a song that, unlike the rest, feels just as depressing as its lyrics. Here, Fowlie sings softly about two characters giving up and feeling heartbroken, hopeless, and lonely, but not regretting anything they’ve experienced. All-Inclusive Romantic Getaway drops the carefree, nonchalant facade of their past songs to conclude on a dismal note (quite literally) but, even so, still carrying the hope that one day we can get that all-inclusive getaway. 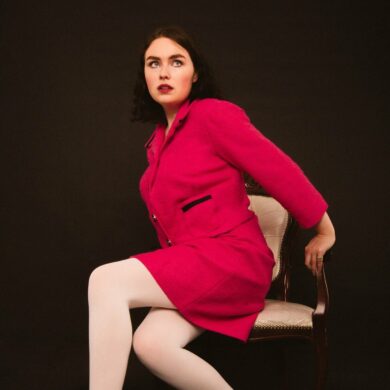