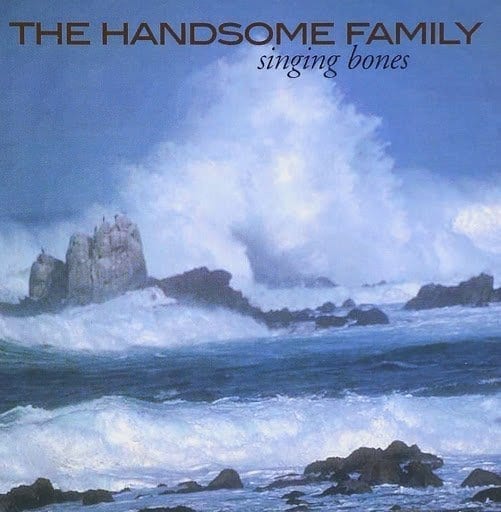 I cannot speak for The Handsome Family, nor the reason for their 2003 album Singing Bones, but I have the sneaking suspicion that they get why people can be freaked out by the south. As a boy from Northern Virginia, I have only been to the south, never lived in it. Therefore, when I make my yearly business venture to North Carolina, I find myself strangely transfixed by its wealth of space and specific culture.

You can drive miles between houses in some stretches and this lack of urbanization, though completely baseless, gives me a somewhat disgusting sense of self-entitlement and gripped panic. To an uninformed Yankee like myself, there is no doubt in my mind of the existence of a world of Colonel Sanders looking Manson figures and overall-sporting child murderers hiding beneath its smiling, church-going society. In case you haven’t figured it out, my knowledge of the south is limited to the Coca-Cola factory tour and… I dunno, some other stuff probably.

This picture goes HARD, but I am willing to bet that it was probably taken at a graveyard… or somewhere close to that. Credit: The Handsome Family’s Facebook

I’m getting off track. It doesn’t matter what I think about the south, because The Handsome Family does not write about the south, in fact, some of their best songs take place elsewhere. But they write southern gothic. That illogical but hard to shake feeling that there is a fantasy land of lonely predators and desperate rednecks willing to do anything to make a buck just far enough away from the safety of your immediate home. Sure, it mixes the tenets of Gothic literature with a lot of misguided cultural assumptions about the mystical south, but it’s a hell of a lot of fun.

It’s important to note that The Handsome Family’s music is not about the typical antebellum south of plantations and spooky churches, but of the American southwest. In terms of stereotypical iconography, think cowboys and armadillos, not biscuits and pick up trucks. If you think about, from a decidedly ignorant Northern perspective, this expansive desert land is just as likely to hold secret gatherings and degenerate cannibals than its eastern equivalent. When diving into their music, I started with the very logical starting point of their sixth studio album, Singing Bones, which features their most popular song on Spotify, “Far from Any Road.” Throughout the album, the New Mexican based duo creates an ethereal gothic tone as they describe Americans’ secret desire for death and chant about the world’s end. In true creep fashion, I became obsessed with this album, as well as the southern gothic genre as a whole. I listened to artists like Gillian Welch, the Drive-by-Truckers, and Hank Williams. I devoured films such as The Texas Chainsaw Massacre, Sling Blade, and Killer Joe. I even picked up William Faulkner’s Sanctuary and pretended to read it! Yup, I was endlessly fascinated with the fictional concept of the mythic, lawless underbelly of the American landscape. Of course, I knew the south, while having its fair share of problems, was not filled with death cults and criminal deviants. I’d be lying, however, if I said a little, tiny, microscopically perverse part of me wanted it to be real.

Let’s focus on the album itself. In an interview with NPR, the married duo of Rennie and Brett Sparks claimed that music was a space to “express terrifying things.” And boy, do they do this in spades. Singing Bones is filled with apocalyptic language and dark ruminations on the nature of man. More importantly, they ground these aspects with country and church arrangements, along with desert imagery of lonely vistas far away from any urban civilization. It’s a creepy vibe for sure, one that finds its way under your skin and refuses to leave. Take the albums’ fourth track, “The Forgotten Lake.” Sure, there is no real Forgotten Lake smack dab in Georgia, but for a dummy like me, it sounds plausible enough. This lake is home to “covered wagons and the wings of missing planes” presenting an eerie image of decaying American icons. The song becomes more sinister as Brett Sparks’ booming voice describes “girls in white nightgowns” who “let the waters float them down to where they’ll remember everything.” In their own abstract way, The Handsome Family is telling us a story of a series of lurid murders. Maybe they happened in succession, maybe over a hundred years. Like seemingly ancient “covered wagons,” the lives of these girls are cemented in the history of this “forgotten lake,” and by extension, the American southwest.

The album is not solely dependent on country music to achieve its vision of unseen America. One of the most important tools in the band’s arsenal is its use of church arrangements. On “If the World Should End in Fire” and its partner song “If the World Should End in Ice,” the band isolates Sparks’ low voice to create a kind of apocalyptic hymn. In a truly unsettling manner, he sings of his disillusionment at the prospect of annihilation, creating an image of natural cruelty and pointlessness, which is perversely contrasted by the religious connotations of the songs’ style. Both around a minute in length, they interrupt the flow of the album and shake the audience’s attention as if to yell “boo! Aren’t we scaaary??” The worst part is it fucking works. I’ve never listened to a track for the sole purpose of being creeped out, but thanks to The Handsome Family, I now have that option.

Finally, I want to shine a light on the song that began my obsession with the exaggerated landscapes of the southern gothic genre: “Far from Any Road.” Initially introduced to me as the theme to the disturbing, Louisiana set True Detective, it is permanently cemented in my mind as a deep-south anthem. However, its lyrics, like much of their oeuvre, are decidedly southwest. It opens with descriptions of the “dusty mesa” where a “looming shadow grows,” before detailing a cultish murder. The desolate scenery of “poisoned creosote[s],” “swollen silver moons,” and “mountain cats” that “drag away your bones” provides the perfect setting for the song’s grotesque narrative. Even creepier, the victim is described as becoming part of the scenery, as the “stars [become] her eyes,” making her spirit a permanent fixture of the southwest landscape. It’s spiritual brutality like this that not only seeps into the song’s setting but into the viewer’s psyche.

I may be alone in my obsession with the very American potential for savagery. I understand this. But then again, if I was alone in this, southern gothic wouldn’t be a thing. Maybe I have an inherent misunderstanding of the genre, but albums like Singing Bones, films like The Hills Have Eyes, or (I assume) books like Sanctuary play on more than the simple fear of the otherness of the south and southwest. The landscapes of violent psychopaths and sinister rituals are as terrifying as they are untrue. The Handsome Family is aware of my fears, as well as the fact that these fears are not specific to me. We need groups like this to exploit our fears, as not only do they craft an effectively haunting land from the American imagination, but they force listeners to confront their own blind spots regarding the country they call home. Just don’t listen to it high… too scary.

stream them now on spotify and apple music 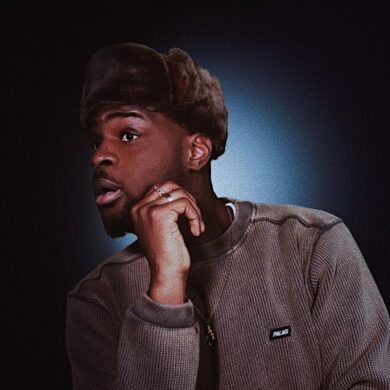