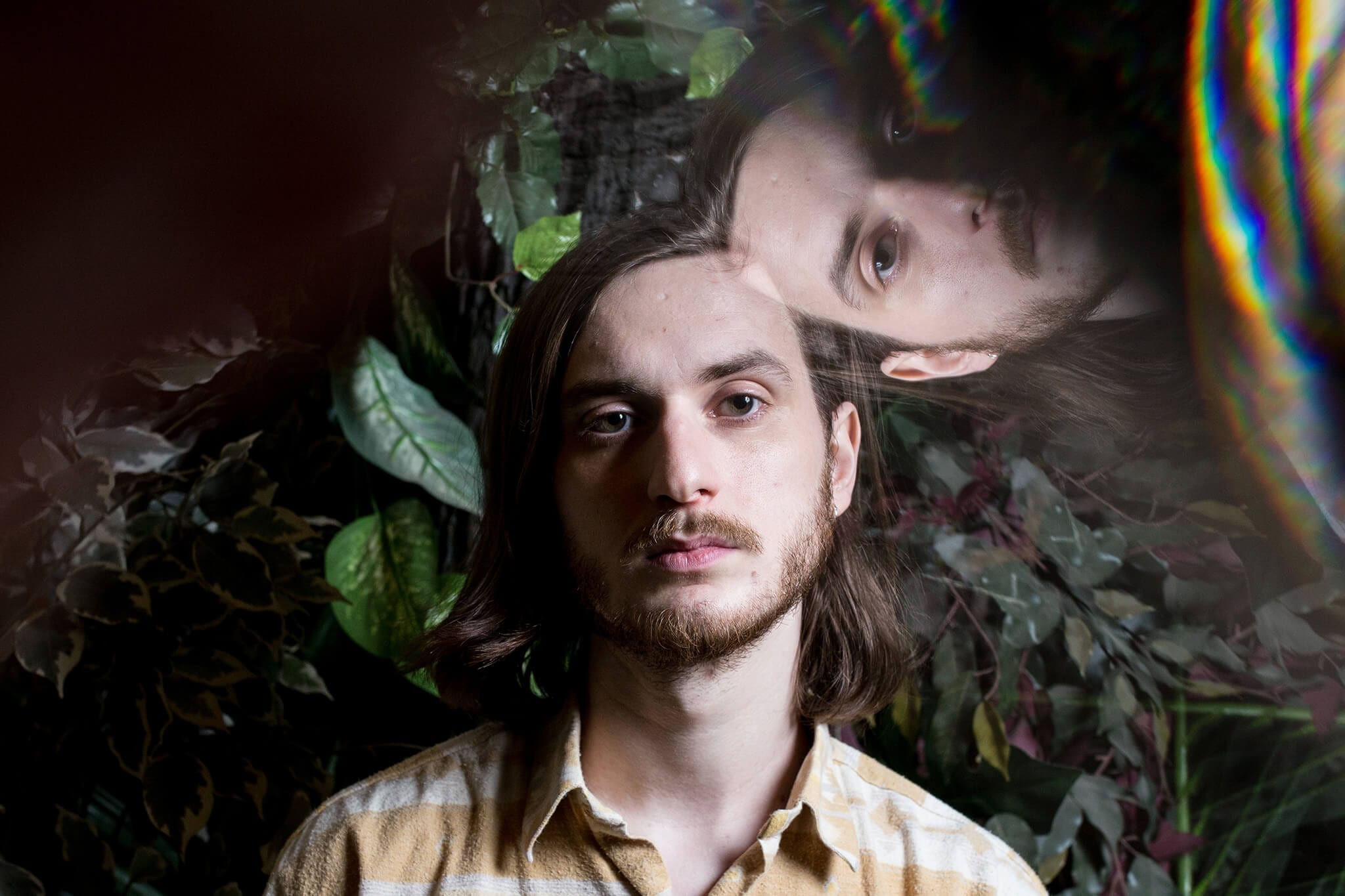 If you’re going to take away anything from what today’s psychogenic vomit is trying to get through to you, it’s very important that you’re aware of the fact that as a young and generally confused platano I watched far too many of those mind-numbing Blendtec videos.

These ultimately explain my love for shit that doesn’t really make sense. Since 2006, Hugh Hefner in disguise (Grandpa Tom Dickson) blended just about anything you could imagine: an iPhone? A GTR? The Harlem Globetrotters? Hillary’s emails? Tom just threw whatever he had a wet dream about into one of those military-grade blenders and NOT ONCE did you doubt what would come out of it. Sound familiar? It shouldn’t, but it will be once we crack the English genre-bending warlock Adam Crisp.

The Londoner had played in a couple of local bands and under a different moniker before popping into the scene under Clarence Clarity with a couple of EPs filled to the (Yankee-with-no) brim with menacing glitch pop. The second EP, Who Am Eye, sounded more and more like the pregame to the party that came a year later, his debut full-length album No Now. You can go ahead and call it one of the most cutting-edge pop records of the last half-decade, an avant-garde songwriter at his expressional best, but in reality, genre-mashups like “Buck-Toothed Particle Smashers” and “One Hand Washes the Other” prove that Clarence Clarity is nowhere near done pushing boundaries of what his dangerous bass lines and DIY raves can do. “Those Who Can’t, Cheat”, which originally appeared off of his Who Am Eye EP, is exhibit A, B, C, and D of how Clarity’s genius disfigured pop aesthetic can hop in and out of funkadelia while Matchbook Romance-ing (“Oops, you forgot your lipstick luck again”) his way to some of the most alluring lyrics from a Pop star since Britney, who **see below*

In an attempt to paint the enigma that is Adam Crisp, you can drink up on Clarity’s smoothie of influences like The Stooges, Panda Bear, McDonald’s Sprite, and many more that make Clarity’s unbelievably catchy hooks, like “Cancer in the Water”,

throughout most of No Now even more jaw-dropping and mind-shaking than Kim Jong’s return from the depths of the gulag. But it doesn’t stop there, Clarity’s hot streak continued in late 2018 when he released the afterparty to No Now with THINK: PEACE, and no matter how you look at it he did not disappoint. In the best-case scenario, it’s Clarity once again reinventing his lane of experimental pop by diving headfirst into caterwauls of effects and heavily warped vocals. In the worst-case scenario, it is really just as good as his first modern classic. Take the intro “CC-Wave”

where Clarence Clarity reaches deep in his blender for his Electro-pop influences then in the same breath switches gears to kitchen knife R&B melodies on “We Change” and “Naysayer, Magick Obeyer” and even Hip Hop sauce on the single “Rafters”.

The standout of the project has to be heartbreak dance anthem “Vapid Feels Ain’t Vapid”,

where the 80s synth-pop production and catchy hook shade Clarity’s deep heartache and regret “Oh lord, Send me back in time / Back in time / To before we met, I would confide in myself Say that / ‘Once you give her everything, She’ll turn and she’ll die on you…’ / But time won’t let me go.”

And I mean take a fooking gander at this mate, PROPER mindfuck of a music video ye?  Because the Pop Warlock could not do without reinventing his sound further, he took a pit stop this April with a full-on ambient album on Dead Screen Scrolls, the perfect background music to curse out your co-workers to if you’re working remotely and whatnot. “Medieval Europe” was rumored back in late 2018 as what is next from Clarity and my $0.02 tells me that we’ll be getting more from the genre-bender very soon. So, “Will it blend?” When it comes to Clarence Clarity, the answer to the question, more often than not, is simple:

Please do yourself the favor to stream his shit down below.