No Suits: An Interview

Winter sucks. The sun sets at 4pm and the darkness of night consumes most of our days. We can start to feel pretty gloomy. This time of the year is overall shitty. Unfortunately, I can’t give you any remedies for the lack of warmth from the sun if you’re missing summer like me, but luckily I know a way you can immerse yourself in that summer feeling all year round: No Suits. They are a genre bending experience. They mix groovy psychedelic rock and indie with rap and hip hop and they do it seamlessly. I’ve only been listening to them for a few months now and I am actually shocked that they aren’t huge yet– I assumed that I was late to the game, but my friends hadn’t heard of them either. And I kind of love it. They’re my fun find that I get to show everyone, I get to be the person who reminds everyone that I found them before they were big. “And who showed you this band again?” is going to be a phrase my friends will hear far too often whenever they play them on aux. Although No Suits isn’t a big name yet, I wouldn’t call them “underground.” They’ve built a pretty large audience after the drop of their album, SEX in Summer 2020, my personal favorite of the work they’ve released. They also have tracks with known talented artists, such as Kota the Friend and Abhi the Nomad.

Within the last four years of releasing music, No Suits has developed tremendously. I listened to their released tracks in chronological order from 2016 to their latest singles in 2020 and 2021 and they sound like a completely different band now. It was interesting to hear them develop into their own unique style. I’m personally a fan of many different genres and a broad variety of music. For example, I love old music from the 60’s and 70’s, but I’m also a huge rap fan. If you’re anything like me where you love the idea of old and new coming together, listening to No Suits is a perfect way to experience that. I love new music and the styles that come with it, but I do find myself missing the consistent use of live instruments like in the past, like the use of a real guitar instead of a keyboard that imitates one. No Suits incorporates live guitar into their music and can really shred. All I want to do when their music comes on is rent an old lowrider, roll up, and drive myself to a beautiful beach. Even when I’m stuck in cold snowy New York, their music makes me feel like I’m right where I want to be.

I reached out to the band, No Suits, and was lucky enough to score a Zoom interview with the members; Reed Hallums, Max Pierro, and Sajan Sanghi.

Will you introduce yourself, your role in the band?

“I’m Saj… I play guitar…  But mostly keys and we all kind of just do everything.” -Saj

“I’m Max, primarily I do vocals and we all do production.” -Max

“My names Reed, I mainly play guitar, but we kind of all share roles though.” -Reed

I knew they were based in California, so I asked;

Are you all from California?

How did you all meet?

“Max and I (Saj) met in kindergarten… We went to school together for a really long time. Max and Reed met in college. I didn’t go to college with them, but they met in college, started making music, and then we all kind of just like joined forces and started jamming together… Now we’re here.” -Saj

If you read my article (which you totally should) you should know that I listened to their music in chronological order, to be able to hear how they have progressed over the years. They went through a pretty big transformation to their current unique style. They started at a completely different place and genre than they are at now. So I asked them;

What do you think happened in your lives that inspired your musical transformation?

“We also didn’t get serious until this year or last year. Last year we were trying to do a song a month or so, this year we’re like trying to make an album and have that out early 2021. That’s definitely helped us move faster and get better at making music.” -Reed

“I hope so… it’s hard to describe, but we’ve definitely gotten to a point where since we live together now, we share influences… like we’re always sharing music with each other. So it’s been really easy to get that venndiagram where everyone brings a little flavor to the table and make something that feels pretty consistent… In comparison to a few years ago when one song was over here and another somewhere else.” -Saj

In one word how would you describe your sound?

Mac Miller was the unanimous answer.

“(Mac Miller’s) definitely got the thing going on where he’s mixing the genres. Like his last album was so funky. We really like ‘What’s The Use?’ We do a cover of it a lot when we play live. And then Divine Feminine was very R&B and Rap and even ‘House-y’ on some songs.” -Saj

We talked about how we all enjoy a variety of music from different decades and genres. So I asked;

Who’s your favorite musician from the past?

“I think the first music that I really got into was Led Zeppelin. Also The Rolling Stones. ‘You Can’t Always Get What You Want’ — That’s a song that’s been on repeat for a while… Jimi Hendrix… a lot of our guitar sound is influenced by him.” -Saj

If you could have a sesh with any musician, dead or alive, who would you choose?

How did you start getting into music?

“Saj and I were pretty lucky.. Our school always had music… I think early on, like second grade, I remember as early as that (we had) basic music like ‘let’s all clap together.’ And then in fourth grade we had like an audio recording MIDI (Musical Instrument Digital Interface) class, and we’d just be on the computer making music.” -Max

“My parents signed me up for piano when I was really little. I hated it, so I quit. And then my mom was like ‘you should take guitar lessons!’ when I was in middle school and I was like ‘no if I don’t like piano, I probably won’t like guitar.’ But then I had my first guitar lesson and I loved it. So the rest is history.” -Reed

“Shout out to the moms.” -Saj (In response to Reed’s story.)

Which artists do you listen to the most/who are some of your top artists on your Spotify Wrapped?

“Glass Animals is in my top.” -Saj

They all said that Brockhampton and Kota The Friend were some of their favorites as well.

Where did you expect the band to go when you first started making music?

“Four years ago, we were like ‘Holy shit! Ten thousand views… we’ll never get there!’ And then you get to ten thousand views and we’re like ‘Oh, this sucks.’ … And then the same thing happens for a million plays, and then we get there and we;re like ‘oh, we need more.’ … We just feel like we always need to be growing.” -Saj

How have you been staying motivated during quarantine?

“I think we’ve made the mistake of getting motivated so many times that we know not to make it again… we know we have to just keep making music. We’re not doing any shows right now, so we’re making music videos and recordings. We’ve had so many times where we have a song, we release it, and then we wait like six months to release another one and we’re just not about that anymore.” -Saj

How do you feel about making your music videos?

“We just recently started getting into it, whereas last year, I think we made two… It’s just like a fun way to be creative with envisioning the song.” -Max

“It’s like almost become part of the song creation process… Lots of times when we’re making a song, we’ll put a music video that we like on in the background, on mute, while playing our song, just to get inspiration.” -Saj

Do you find yourself getting inspiration from other art forms besides music?

“We watched Requiem for a Dream… They have some crazy shots and split screen stuff like that.. we’re trying to incorporate some of that into our next work.” -Reed

For some context, a few months ago, No Suits former drummer, Ed Hill, left the band.

How has Ed Hill’s absence affected you and the band?

“I feel like it’s been all positive with the three of us. I feel closer as a unit… We feel that we have a long journey ahead of us and you know we just went through an interesting path in the journey.” -Max

Are you going to find a new drummer?

“I think it’s gonna be the three of us as the core members. We’ll definitely hire drummers for live performances.” -Reed

Who have you collabed with and what was that experience like?

“It was dope working with Kota (The Friend) and Abhi (The Nomad) … We got to play with them live… We also have a few upcoming features on some of our next releases… It’s just cool to meet other artists.” -Saj

How did you meet Kota The Friend and Abhi The Nomad?

“Abhi — me and Max went to school with him… Kota — we were just looking for people to feature on songs and stuff, so we just emailed him and he hit back and was like ‘yo this is sick’ and he hopped on it and it turned out super sick.” -Reed

Should we be expecting a new album for 2021?

So there you have it, No Suits fans. Be on the lookout for an upcoming album drop. 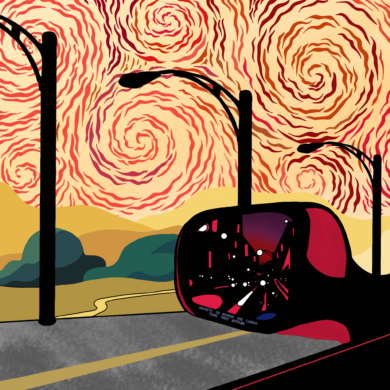