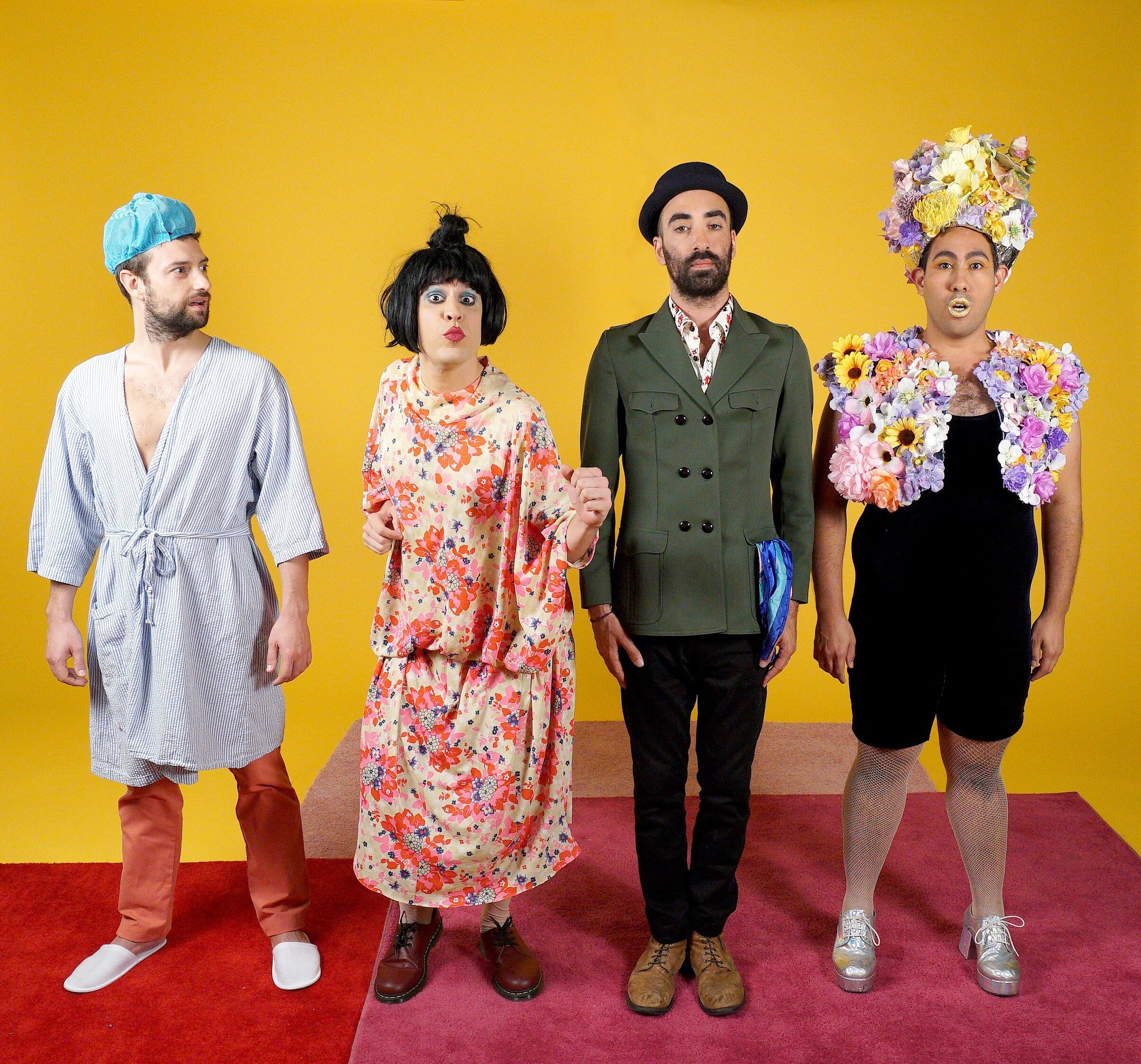 When walking around New York City it is inevitable to see some form of street artist perform their most valued pieces. After all, who doesn’t like a little bit of music as they’re waiting for the metro? If you got really lucky you would have been able to discover the band on this week’s spotlight, Pinc Louds, performing at the Delancey St. subway stop. I wasn’t lucky enough to see them perform in New York but I was lucky enough that Spotify felt like I was worthy of hearing their sound, when they popped up on my Discover Weekly playlist.

Pinc Louds hits you right where you want it. Claudi, the lead singer, possesses the heavenly voice of Billie Holiday with the wonderful instrumentation of the Pixies (UMass baby!) or so that’s how they describe it. But, who am I to argue when every song I listen to I get transformed into a brand new reality. Even the creation of the band seems out of the ordinary, think Puerto Rican singer starts street performing when she begins to have a musical stand-off with a loud drummer. Loud drummer and singer become friends, a guy with a bear mask wants to join, and they let him. MTA worker starts regularly dancing to their tunes, and they give him fucking bongos. Well, that’s exactly how they came to be. The whole band as a unit is something that should be admired and is just proof of how music brings people together.

With an EP already out, Pinc Louds soon released their debut album masterfully and rightfully titled, Delancey St. Station, a subtle beautiful nod to their humble beginnings. Reading more about this band, I truly fail to see why they aren’t more popular and already signed! Listen, they have an incredible band origin story, lyrics that captivate you, and an instrumentation that, like I already mentioned, teleports you. Songs like Soul in my Body, make you not only metaphorically but physically feel the soul in YOUR body, as it’s currently dancing to the great sounds produced. Last Chance at Love, which makes me long for a love that’s never ending and that doesn’t exist. While songs like Watching Snow make me feel like I am walking through a mountain enjoying the beautiful sunset in Lima, Peru (specific, I know).

While I can go on a tangent and say all the things that the band seems to be doing right, I can tell you one thing that’s rather bumming… the fact that they haven’t put out their new album yet, which they teased on their Spotify artist bio page with an “early 2020” release date. Seeing the type of audience the blog seems to be receiving, I can already tell that the band will be something entirely different to most audiences. But to a listener who tends to enjoy a rather fluid taste in music genres, I am sure they’ll find themselves in for a treat. Pinc Louds is a great example of a band that tends to bend and combine many different genres, meanwhile still producing their own unique and tasteful sound. Like I said, the Pixies but Billie Holiday takes the stage.