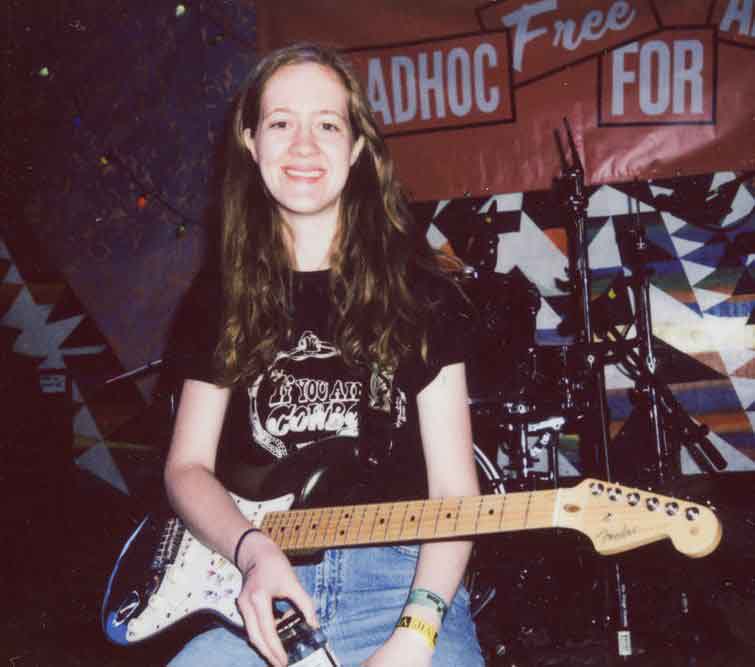 Sidney Gish was my introduction to indie music. Picture me: 18 years old, not yet done with my first semester of college, freshly out of a heterosexual relationship. Pretty fucking boring, right????? Luckily for me, I was introduced shortly thereafter to Sidney Gish who brought some much-needed chaos to my stale taste in music. With a history of touring with (fellow) indie rock legend Mitski, Gish has made a name for herself entirely on her own. Both Ed Buys Houses and No Dogs Allowed are self-released. This authenticity shines through her songs, Gish’s sound is so unique because it’s literally just her. Her music is a reflection of her character (coming from someone that has never and probably will never know her personally). And as talented as Gish is she doesn’t need to rely on her voice, producing lively hubbub and soothing chords to underscore her vocals. Each track is incredibly creative and has equally as funky instrumentals to tie it all together.

“Presumably Dead Arm” (shoutout to the 617 Sessions version) is a perfect example of how well-written her tracks are.

The song is beautifully poetic, painting vivid pictures of the key but easily overlooked features of her life and immersing you in the world of the music. Gish has always excelled at taking the most mundane aspects of life and spinning them into songs that are so eccentric and intriguing. Gish covers the awkwardness of young adulthood, feelings of inadequacy, and the weird charms of life, wrapping them all up in a deadpan delivery that punches listeners right in their ear-hearts. While she covers many darker subjects she keeps it lighthearted and silly, acknowledging the shitty turmoils of teenhood and poking fun at them. It’s this self-awareness evident in her music that makes it so relatable to listeners, especially awkward music freaks like us at moosic! Each track is gritty and real, Gish stuffing every note full of raw emotion.

Furthermore, Gish is an incredibly dynamic musician. She experiments with a wide variety of music and themes, all the while staying true to her classic Sidney Gish sound. For example, Gish chocks her music full of odd interludes (take “Midnight Jingle”) and little eccentricities that make her music all the more charming. She alternates between sweet, melancholy tracks like “Cokesbury” and aggressive, passionate tracks like “Mouth Log”. The songs are super diverse and evoke a wide variety of emotions in listeners/touch listeners in so many different ways. The first time I listened to “Mouth Log” I was at a DARK place in my life. Gish’s bitter tones and insecurities really resonated with me, and even listening to the song now that I’m a functioning human again still stings. At the same time, “Imposter Syndrome” makes me think of some of the happiest times of my life, driving around with my best friends blasting it on old shitty car radios and going ape shit to the last chorus, fronting like any of us have any talent at playing the piano whatsoever.

Perhaps what makes her the most unique from the countless musicians I listen to on a daily basis is that Gish is having fun with her music and it’s obvious. Gish has stated that she isn’t trying to make an incredibly high-quality album, she just wants to make fun music for herself and others to enjoy. She captures the essence of music– especially for young people. It should be fun, truthful, and (in my case) fuckin’ weird!! The fun she has with her music makes listeners have fun too. Sidney Gish will validate your weird feelings and put your silly little life in perspective, so go give her a listen!

Also because I love Sidney’s music so much and am ~~inspired~~ by her creativity I decided to make a lil video of me singing one of her songs (with some help from a loose change tambourine)!