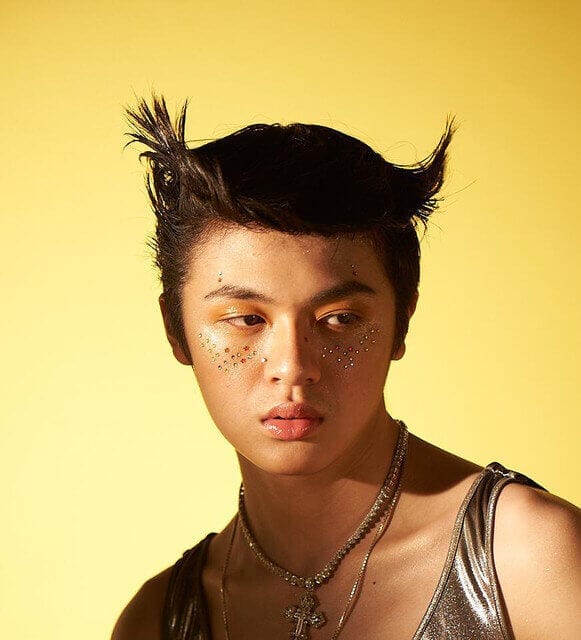 Don’t you just enjoy being possessed by music? The beat grabbing your body, forcing you to move your 2 left feet and jam in your room for no reason at 3 in the morning? Or maybe something that makes you slam on the gas and speed for no reason other than the music is good as fuck, endangering your life with your homies screaming in the back. How ‘bout something that you and your imaginary girlfriend can chill out together to?

Warrenisyellow AKA Warren Hui released his first official album ALIEN at only 16 years old, instantly showing a more lyrical approach than the widely popular “mumble rap” that has taken storm in the past couple of years. Showing his range from being able to transition from quick-witted verses to softer sounds in songs like “Hearts” and “U.F.O”. He possesses the ability to rap over many unique beats using all sorts of unique sounds, with usually a majority of them equipped with an upbeat bright beat that bounces in your ears.

Having me literally “dance” at 3am after listening to “Candy Choppa”, I was instantly in love with the groovy beat and flow of the song. Diving deeper into the that rabbit hole I listened to Sugartown, which is his latest album to be released, and was entranced with everything I heard. From having me stomp my two left feet to think about all the relationships my simp ass has fucked up (but we all grow), to heavy lyrics full of love fueled emotions. The album includes some guest talent, including an extraordinary feature from Erika on the track “blue jeans” which was for sure a stick out in the album. The flow of Warrenisyellow is unique in the sense of his ability to fit softer beats that aren’t common in today’s rap scene. The different sound also allows for the music to be bumped to any occasion, from speeding down to the beach listening to “458 gummy st.” and its quick flow and (pretty dope) flute part, to crying about girls that don’t give a shit about you while listening to “do u miss me?”.

The indie rap style he utilizes in his music can be a refreshing breath of fresh air for those rap fans who are stuck in one place. Using different styles, mainly quick tempo and upbeat, Warrenisyellow is able to use his voice to control and flow on the track rather than be swallowed up by production. This is refreshing the ears as you are more intuned into his lyrics, rather than simply just bumping a FIRE beat and mediocre lyrics. Warrenisyellow bounces over the instrumentals and fits not only his voice but also heavy love-fueled emotions and stories about young romance all throughout his songs.

I could not forget to mention the wonderful talent behind the bars, orchestrating the uplifting beats behind Warrenisyellow is Chasu. Being the absolute god tier worst googler on the planet (and lowkey laziest), it was hard to find info specifically on Chasu, but he does have a soundcloud page with several songs to flex his talent. Sampling Billie Ellish’s “idontwannabeyouanymore”, Chasu is able to mix in a beat that makes it a more upbeat sounding song rather than the slower and more somber original version. Doing something similar with Ariana Grande’s “Needy” (which is a fucking banger btw), he adds more trippy edm sounds and a faster tempo, absolutely murdering the song and creating a cheeky remix that is just so lit. With a combined 170K streams just between these two songs, it should go without saying that Chasu’s talent is something to be commended along with the lyrical talent of Warrenisyellow.

To keep it simple, you should just go bump Warrenisyellow already. Go blast this on the way to school, or in class, or the sesh spot, or wherever, I’m certain you’ll find the song for the occasion.  Dance your sad little heart out, learn the lyrics and rap these love songs to whoever you’d like you simp to. Get your heart broken, go through a personality change, say you are over her and then go back to her again, ALL while listening to Warrenisyellow, he’ll help keep you sane throughout your messy life.