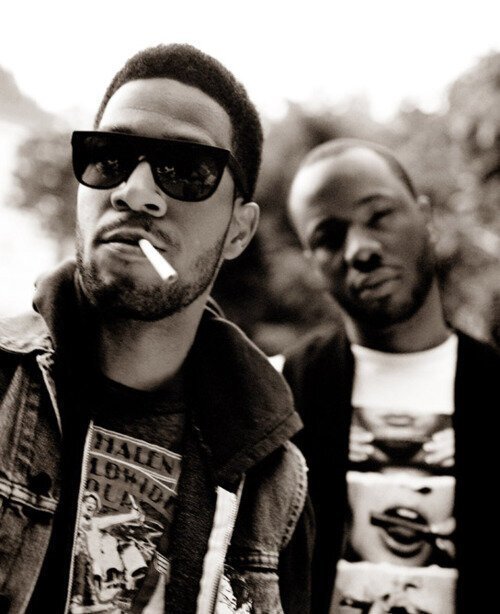 Editor’s Note: When Noah came to me with this article, there was an issue I had with it. Although a pretty well-written piece, I thought writing about a project that is not only endorsed by Kid Cudi (pretty famous) but also been pretty much “abandoned” didn’t sit right with the focus of the website. Then, this happened.

So without further ado, here’s the article.

So, last week, you posted Leader of the Delinquents on your IG story even though the only Cudi you really know is Through the Late Night and Pursuit of Happiness (Steve Aoki Remix). Yes, that is a real thing that exists. OR you’re a long time fan of Kid Cudi who is over the moon that he dropped his first solo music in four years. Luckily, I have some spare Cudder lying around somewhere that may come as a surprise both to new listeners and longtime fans.

Now you may well be wondering how in the FUCK I am managing to do a spotlight about Kid Cudi, arguably one of the most popular artists of our generation. The answer is that I am not talking about Kid Cudi. I am instead talking about a 2010-12 rock band called WZRD.

WZRD is the brainchild of our very own hummer Scott Mescudi and long time friend and producer Oladipo ‘Dot Da Genius’ Omishore. Kid Cudi and Dot Da Genius share a rich history of collaboration prior to the formation of WZRD, most notably on the track Day n’ Nite.

Way back in 06, Cudi found himself trekking from Staten Island to visit Dot and his family in their Brooklyn apartment, complete with a basement studio. When Cudi eventually found himself in a situation where he would be forced to move back to Ohio, Dot’s family took Cudi in and encouraged the two to continue collaborating in earnest. This act of kindness took place a mere seven months after Cudi had met Dot. Cudi was so grateful for the act that he considers Dot’s family to be his own, claiming to have learned many lessons from them. Were it not for Dot and his family, we may never have been serenaded by those fucking amazing hums for the decade and a half that has followed.

The rest was fucking history. Eventually, the world would see the meteoric rise of Kid Cudi that originated from those home-studio sessions in a Brooklyn basement. Fast forward past a Man on the Moon or two and Cudi found himself announcing Wizard in October of 2010. Roughly a year later, Cudi would rename the band WZRD (because fuck us and our vowels I guess) and announce the self-titled album’s release date of January 30th, 2012. The duo did not seem to split off too far from their ‘06 roots, as the album was largely produced in Cudi’s own basement studio in the Hills or on his tour bus.

Which finally brings us to the album WZRD. WZRD serves as a Cudi album with heavy infusions of alternative rock. The influences that Cudi and Dot credit the project include Pink Floyd, the Pixies, and Nirvana (who Cudi covers in Where Did You Sleep Last Night?)*. The initial shift from Cudi’s more anthemic stoner tracks to a heavy rock sound may be jarring to a listener, but I guarantee if you find the time in quarantine to kick back, do whatever you do to ‘free your mind at night,’ and give it a shot you’ll find some rare gems.

*Technically Nirvana covered a band called Lead Belly. So a cover of a cover?

I recommend hearing the entire project in one sitting. I’d love to break down each track, but I don’t think Jose will maintain our friendship if I run over another fucking word count. So here are my top 2:

High Off Life is the album’s second track and I don’t know what more you could want from a Rock n’ Roll Cudi. The younger artist brags about his new LA lifestyle while discussing his addiction to a new drug- life. Between the lyrics and the guitar, I am telling you this is a stoner track to rival Day n’ Night and Just What I Am. The song builds until it reaches this fucking insane bit where Kid Cudi starts overdosing off of life. I don’t even fully grasp what the fuck that means I just know it sounds great. Here’s my favorite line off of this one:

Teleport 2 Me, Jamie (feat. Desire) is my FAVORITE Cudi song of all time. The track samples Desire’s Under Your Spell, a song which is actually used in my favorite film of all time, Drive (which is on Netflix, check it out, idiot). I don’t even want to try to write about this one. Which is a cop out, I know. Just fucking listen to it.** Then listen to the original Under Your Spell. Then watch Drive.

**WARNING: This track may cause simping. Moosic Discovery does endorse simping. Noah does not.

Maybe I’ve given you some new Cudi shit to post on your IG story and look cultured. Or maybe I’ve given you a reason to make a well-deserved revisit to an eight-year-old project. WZRD exists as an incredible collaboration between two lifelong friends while also showcasing Kid Cudi’s dynamic versatility across genres. And we get some of this: 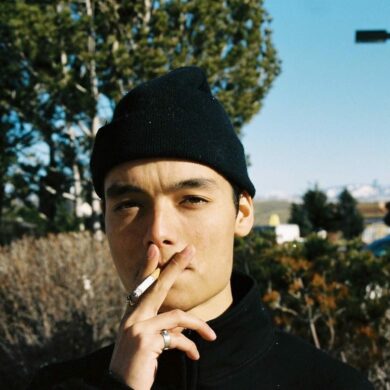